It is so exciting to share the outcomes of what StreetSmart funding enables and achieves - bringing real, long-lasting social change in the lives of vulnerable children and their families. Sinethemba Youth Projects received funding from StreetSmart Knysna towards a social auxiliary worker salary. 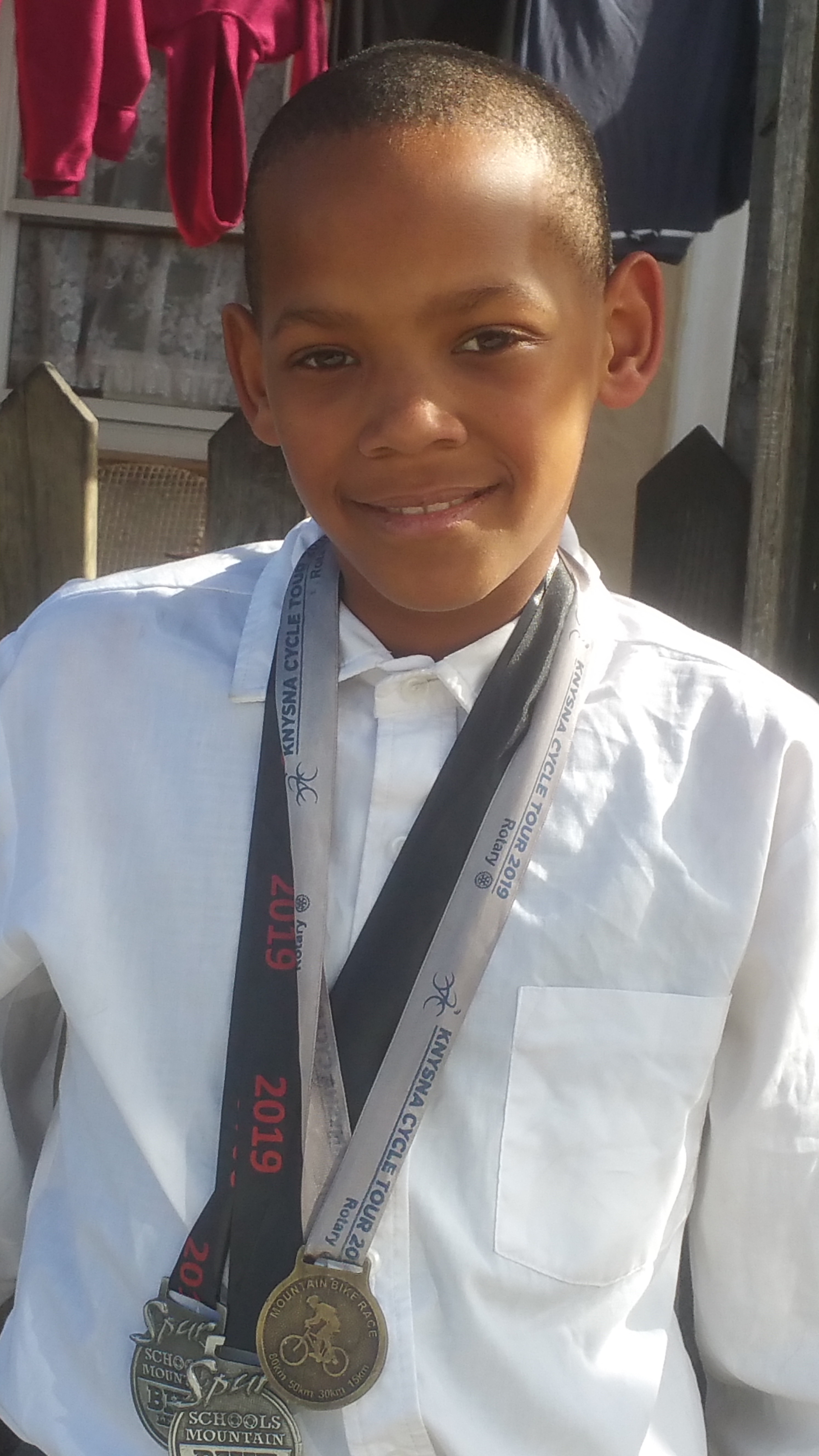 Waydon Kiwido (10 years) grew up in a dysfunctional household with his single mother and two older brothers. His mother who is an alcoholic lost her job at the end of 2018 and as a result they went to bed most nights without food. During a one-on-one session Waydon said that most days the meal he had at school was the only meal for the day. It was during that time that his behaviour at school drastically changed for the worst. He would bully smaller boys, hitting them viciously in the school ablution block and swearing at the teachers. He would bunk and disrupt classes of mostly female teachers and became the contender for the most rude and unwanted child at school in no time. Parents of the children being bullied by him requested the school to take a stand and remove him from the school. The school unsuccessfully tried to get his mother to come and talk to them. The Principal then decided to refer the case to the Department of Education’s local district office. They approached Sinethemba to enrol him in the Drop-in Centre programme for the time being. During that time, he had to be taken to the school to check in every 7th day to keep him on the school register.

For the whole 1st quarter (January – March) Waydon attended the Sinethemba life and social skills programme. His mother also started to participate in the parent programmes. He was reintegrated into the same school in April and impressed his critics at the school almost every day. “He is now even wearing a tie to school”, one of the male teachers said. He recently got three medals for participating in the cycle club in Knysna.

Our hearts go out to our Fundraising Partners unable to trade during these difficult times.

Until our partners are up and running again, you can help us to continue raising funds to maintain essential services for vulnerable children and their families by supporting our COVID-19 campaign.

We cannot do this without you. 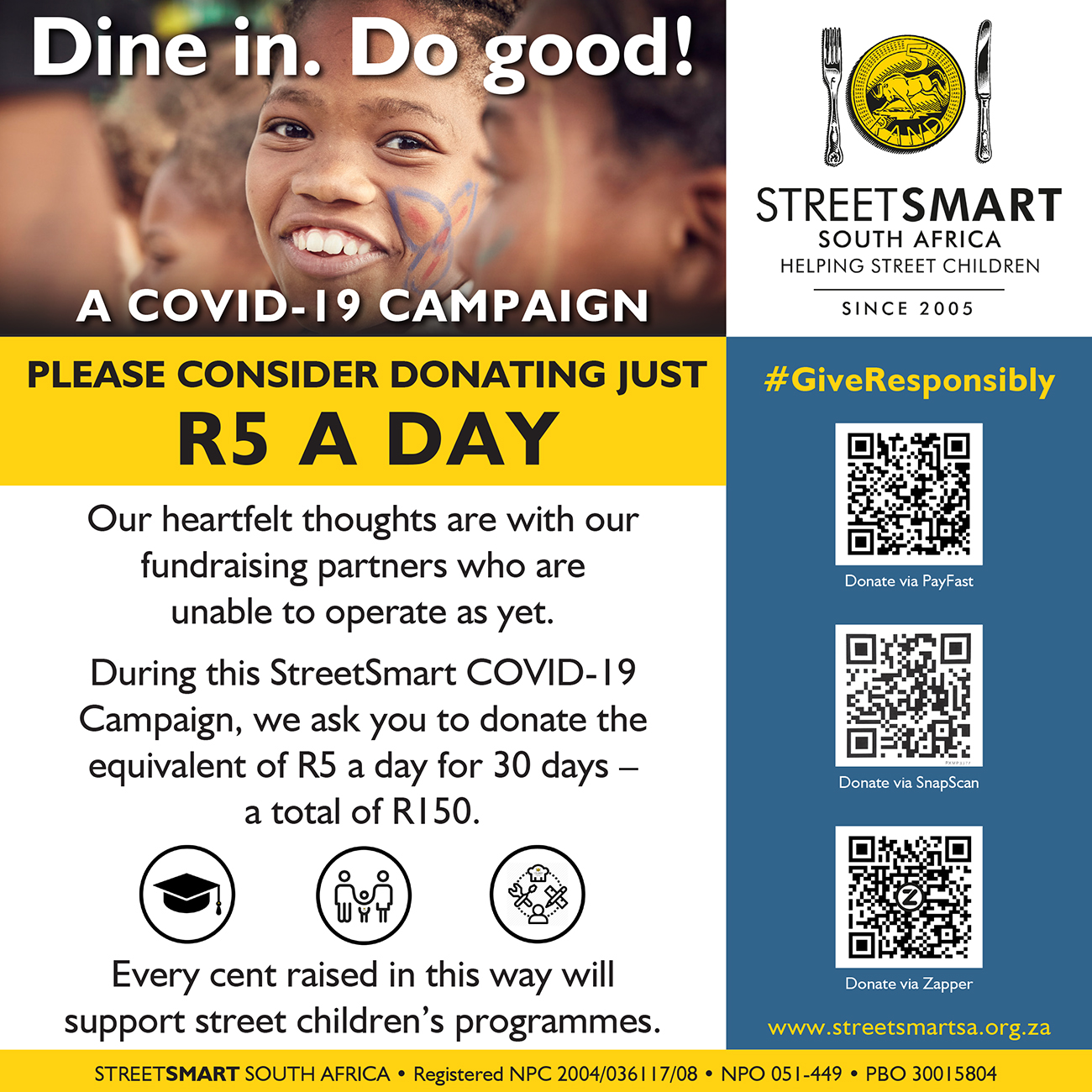 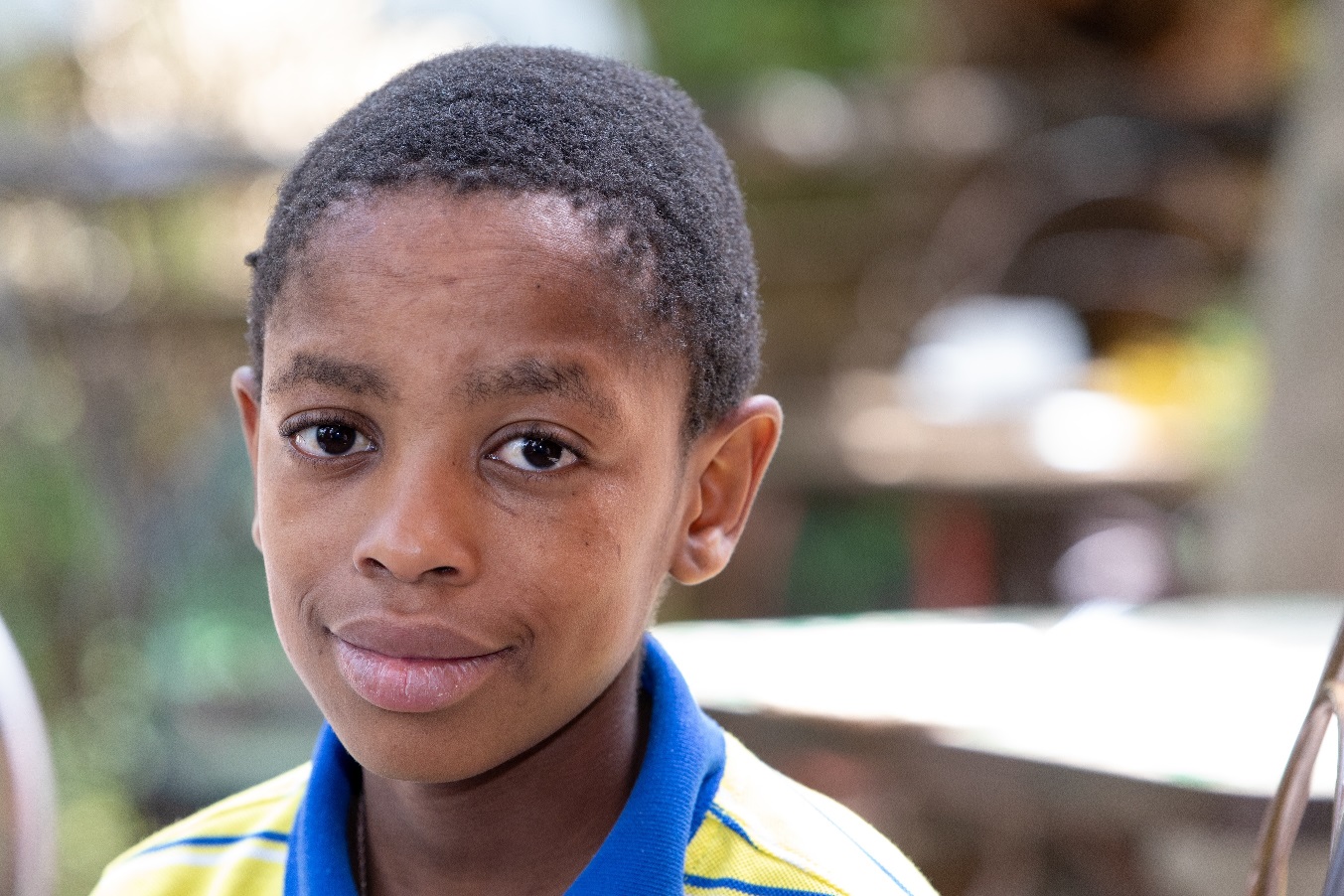 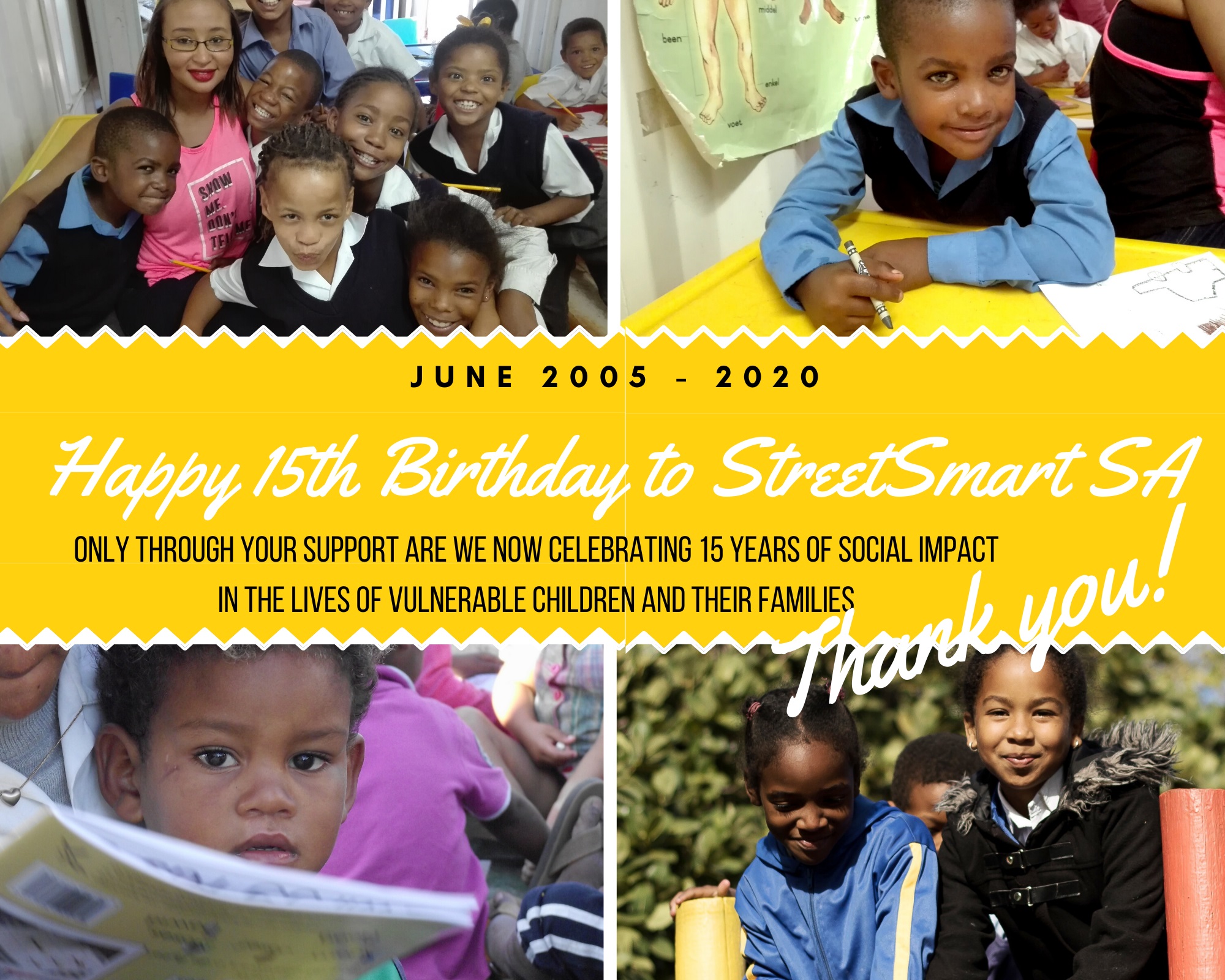 A Better Future through Literacy Programmes in Cape Town

It is always a joy to share the feedback of the impact that StreetSmart funding is having on the lives of vulnerable children. The Amy Foundation received funding from StreetSmart Cape Town towards after school care programme facilitator fees, and here is one of their good news stories: 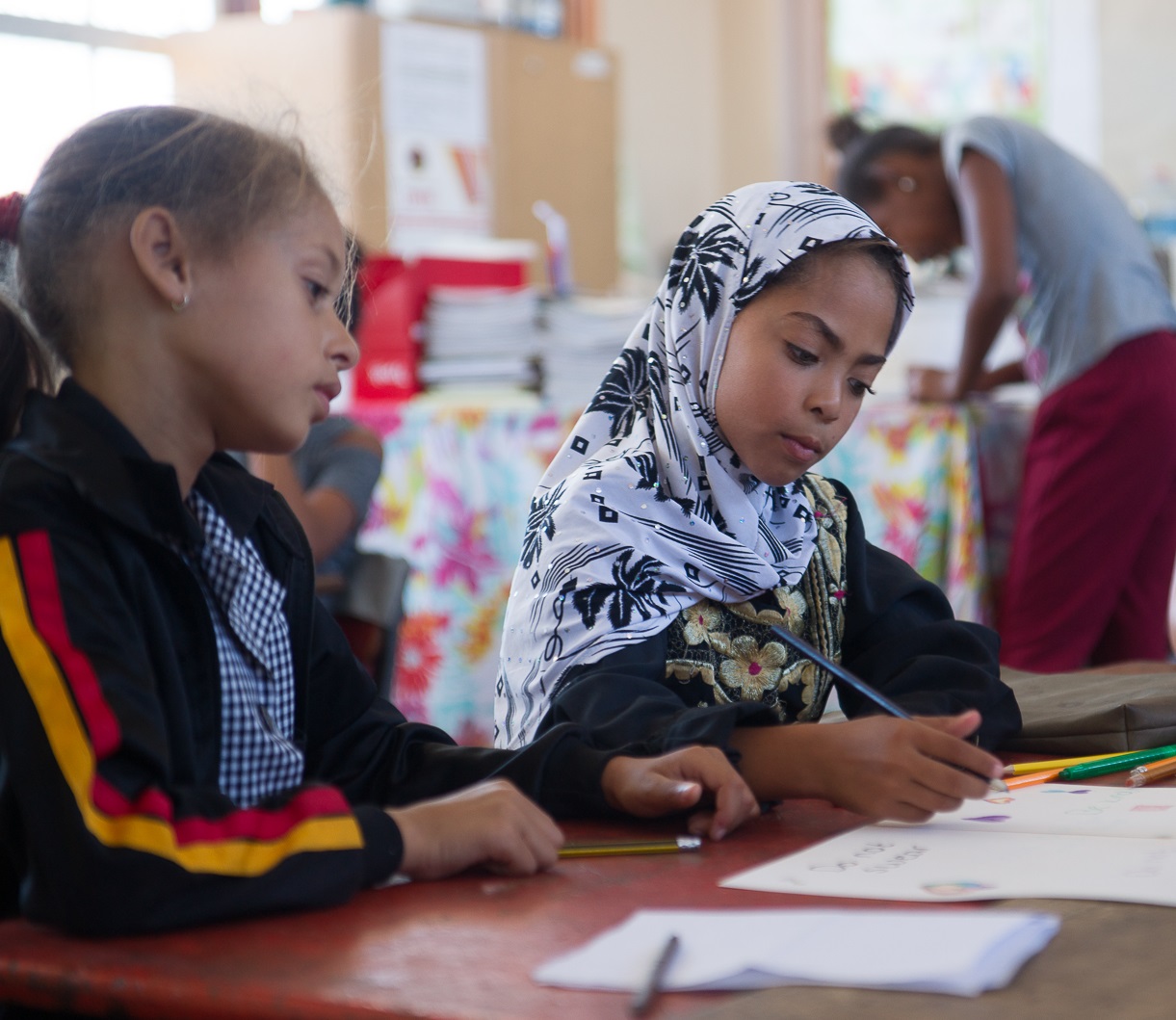 Thirteen-year-old Joanie joined the after-school programme based in Gugulethu, at the age of eight. Some of her biggest challenges were having nothing to do, nothing to eat and roaming around the streets of Gugulethu. As a young child she felt unsafe in the township as it is a high crime location. Being in the after-school programme made her feel much safer and more secure. After joining the Literacy programme she became a dedicated attendee. Through her life skills training and the literacy programmes, she learned to respect her elders and stay in school. When asked what has been the most important thing she has learned or achieved during her time with the programme, she replied: “I learned how to read and write. I also learned how to respect others at all times. I learnt that not everyone is the same and I learnt how to share and not make fun of others.” 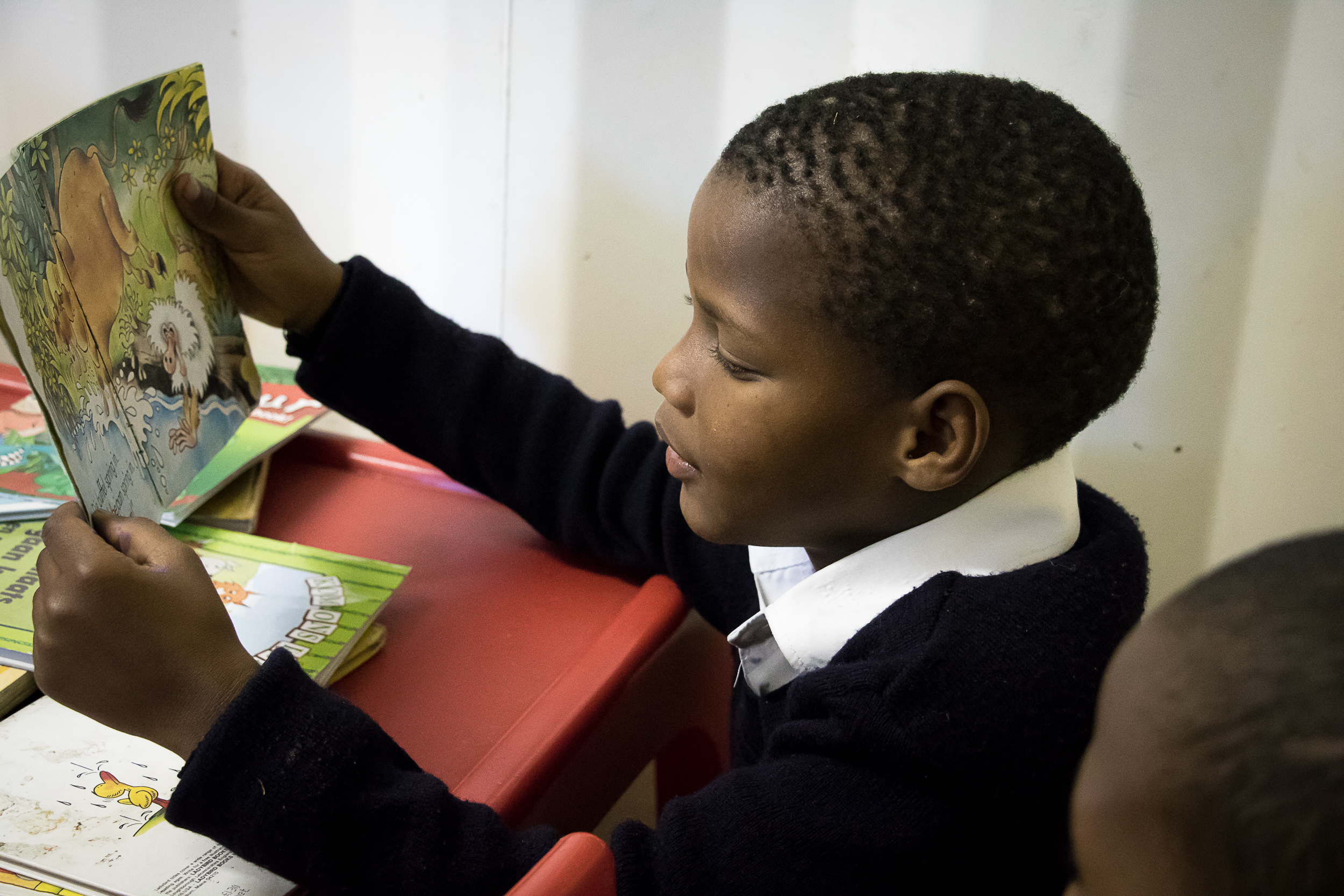 “One of the grade 3 learners was not showing interest in the aftercare initially and would not attend regularly, but as time passed one could notice that her self-confidence improved, and she started asking questions when she did not understand. She began to show interest in her work and is currently one of those children who arrive first at the aftercare. A lot of improvement can also be observed in her mathematical skills which she struggled with at the beginning of the academic year. She is normally very excited when giving feedback of what transpired in class during the day.”