“Kelly Badukane, who is in Grade 4, joined the After-School Program at the beginning of the year and had a particular challenge with mathematics. Her mother, after hearing about MES, came to speak to us and requested that she attend daily, after school.

The After-School Program coordinator was able to identify Kelly’s struggles and made it easy for her to be open about her challenges. Kelly then received the assistance in those areas which her mother was concerned about. She was assisted with homework and encouraged to practice more. It can now be stated that Kelly is improving and becoming more confident about her schoolwork. After the term examinations her mother came to come thank us for her improvement in mathematics. She is continuing to do great in her schoolwork.”

We want to reach out to our Fundraising Partners and their workers, who at the moment have no work - our thoughts are with you.

We had hoped to come out of lockdown earlier this month but circumstances regarding the Coronavirus pandemic have made this impossible. Our President has asked us to endure another two weeks of lockdown and indications are that this may take even longer than we expect. We remain hopeful and continue to refine our organisation’s responses to the coronavirus pandemic as we encourage people to give responsibly and raise funds for those in need.

The very essence of StreetSmart South Africa’s fundraising efforts relies on R5 donations received from the public who eat at restaurants, stay at guesthouses and raise a glass at wine tasting venues. In this way, we have been able to raise more than R1 million annually for 38 beneficiary programmes for vulnerable children that support education, skills development and family reunification in the Western Cape, Gauteng and Garden Route.

Social distancing measures imposed right now means that our restaurant, accommodation and wine tasting partners are all under lockdown and our ability to raise funds for our beneficiaries is under severe pressure. Fortunately, when one door closes another door opens. With so many of us at home cooking more meals than usual and eating in, we have come up with a new concept: ‘Dine in. Do Good’ as an interim measure we could include in our lives during the lockdown.

StreetSmart SA, which celebrates its 15th anniversary changing children’s lives R5 at a time, has launched ‘Dine in. Do Good!’, an interim measure to raise funds during the lockdown until restaurants can open again.

With StreetSmart hospitality partners under lockdown due to the Coronavirus pandemic, no funds can be raised through the usual way of adding a R5 donation to the bills of their patrons. To continue raising funds in support of beneficiary organisations working with vulnerable children and their families, StreetSmart SA is appealing to everyone who would usually donate at partner establishments, to continue doing so while dining at home.

“Our hearts go out to our partners in the hospitality industry and we can only hope that they will be able to reopen soon and resume their operations. These lockdown measures have put our ability to raise funds under severe pressure and we appeal to everyone to continue supporting StreetSmart during these unprecedented times,” says StreetSmart SA chairperson Melanie Burke.

Since its inception in 2005, StreetSmart SA has raised R11,6 million in aid of 31 organisations caring for street children and those at risk of living on the streets through partnerships with restaurants, accommodation establishments and wine tasting venues in the Western Cape, Garden Route and Gauteng.

We love to share the feedback of the impact that StreetSmart funding is having on the lives of vulnerable children.
Masizame Projects received funding from StreetSmart Plettenberg Bay towards a family reunification worker salary, and here is one of their good news stories.

“Elton is a 13 year old boy who frequently attended the Masizame Drop-in Centre (DIC). In a counselling session he reported to be experiencing trauma at home, due to his father’s physical abuse of his mother.
Following the father’s incarceration after a serious incident, Elton stopped attending the DIC due to an incident of taking cigarettes from another child.
Later on, during a door to door survey, by the Masizame social auxiliary worker, to engage with parents and conduct home based parenting skills, Elton’s mother was also visited. Apart from the financial constraints due to unemployment, she was really struggling with Elton’s behaviour that was out of control ever since his father was incarcerated, to the extent that he eventually was suspended from school.
Elton was seen on the street that day and was encouraged to visit the DIC again. The importance of education was explained to him and under the supervision of Child Welfare his behaviour started to change. Elton was then encouraged to join in the Life skills group-work sessions and he was trying hard to change his life as he did not want to be suspended from school again. Elton now attends the DIC regularly and is socializing with other children by playing soccer with them. We have witnessed the positive changes in his behaviour.”
NOTE: Whilst the story is true, the name/s have been changed in order to protect the child/ren.

Making a difference since 2009, Ma’s for Wellington fieldworkers serve as liaison between the organisation and the immediate community. They work alongside the parents/caregivers of the at-risk children in the Ma’s for Wellington programme; supporting them and offering guidance where necessary, to change and to improve the quality of life for their children.

Ma’s for Wellington received R10,000 from StreetSmart Wellington, towards the fieldworkers programme.

"From a very young age James had to overcome huge stumbling blocks. His mother was very sick and mostly bedridden. He completed the 3-year programme and was ready to go to school, but due to his mother's illness and the fact that she couldn’t care for him, he dropped out of school after a week.

During their house visit the field workers identified that he needed help and support. They took him into the programme for the next two years. He became part of a group of children from our programme that was attending school but, unfortunately, due to various reasons James did not continue to attend school.

James’ mother died that year and he was placed in foster care with his aunt. The organisation assisted his aunt to apply for him to be placed in one of the local schools. According to his age he was supposed to be in Grade 3, but he had not even completed Grade R. The school had him tested and he was placed directly into Grade 3!

It is now two years later and James is doing very well at school. This boy could have been lost on the streets to become just another statistic – one of the children that join gangs or become addicted to drugs, with no hope for the future.

With the help of organisations like StreetSmart, James could be given a chance to have a good and prosperous future - to reach for his dreams and eventually, to make a positive contribution to his community."

We love to share the feedback of the impact that StreetSmart funding is having on the lives of vulnerable children. Home from Home received funding from StreetSmart Cape Town towards a social worker salary, and here is one of their good news stories: 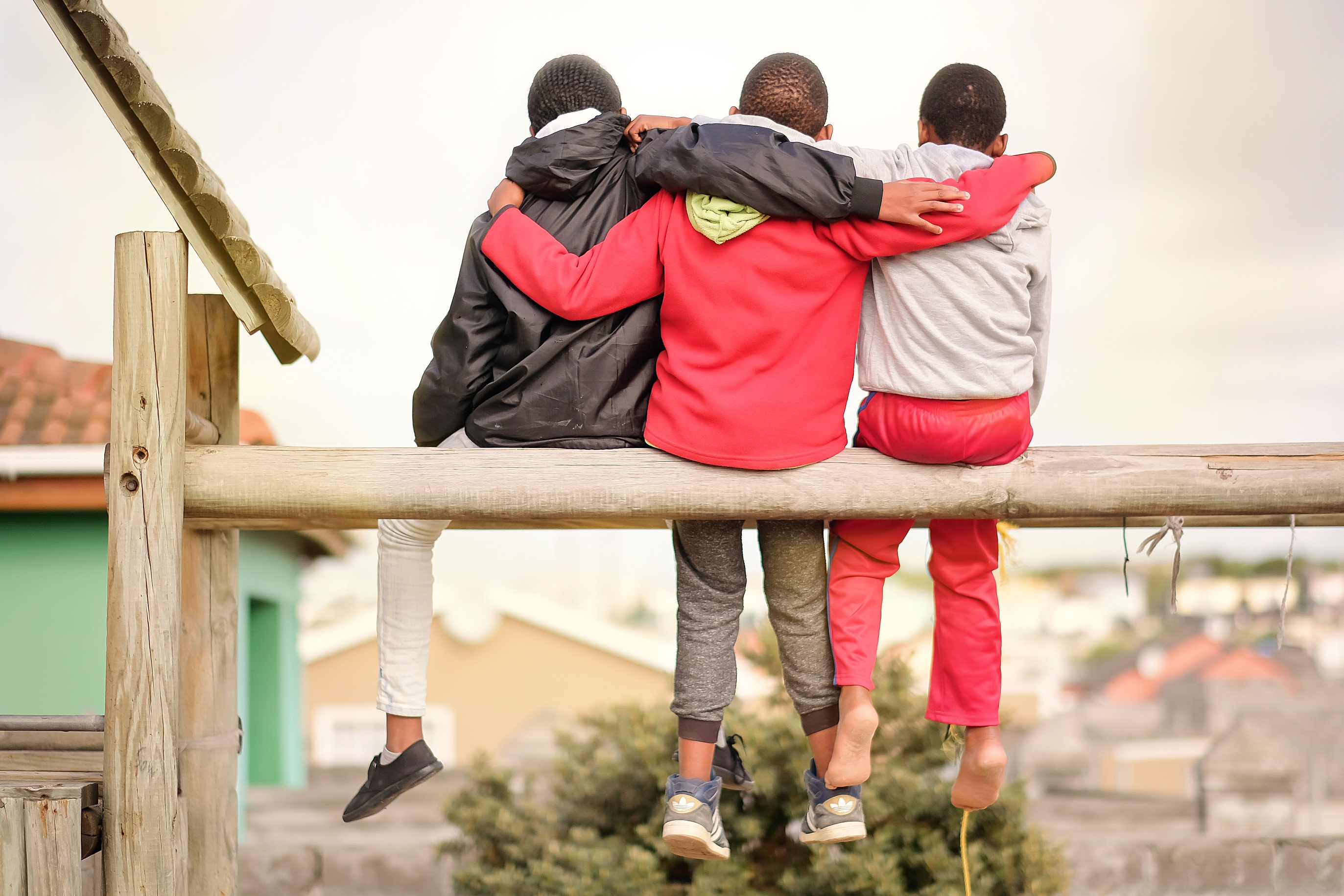 "A young boy in one of the Masiphumelele homes is currently 17 years old and in grade nine. He was removed from his biological parents in 2011 due to neglect and being unsupervised with nobody to feed him and his siblings. Sadly, his biological mother passed away from an illness and his biological father is currently serving time in prison. At the young age of nine years, this boy had faced many challenges in life and had a hard time growing up.

Since being in Home from Home’s care, he has made everyone proud with his remarkable development and determination to succeed in life. He has a passion for soccer and currently plays for a soccer club in his community. He works hard at school and is a well-mannered boy. He recently received a surprise gift (new soccer boots, shin guards, soccer ball and sports bag) from cricket player JP Duminy, who visited the home and was impressed by him. The expression and gratitude displayed by this young boy was truly an amazing moment. He is currently part of the Mamelani ProSEED Youth Development Programme, which will assist his thinking, development and resilience for his transition process when leaving the care of Home from Home.